Usually, there’s a trigger involved in making you opt for LASIK. Something happens and you say to yourself, “that’s it, I am tired of glasses.” For me, it was joining a gym and realizing how big of a nuisance they were—always slipping off, always having them to wear them off and on.

My eyesight started deteriorating when I was in the 11th grade. By the time I was 25, my prescription was -5.25D in both eyes. That made me practically blind without glasses. For the longest time, I didn’t mind wearing frames. Getting a vision correction surgery was never on my mind. Slowly though, little things started to bother me: 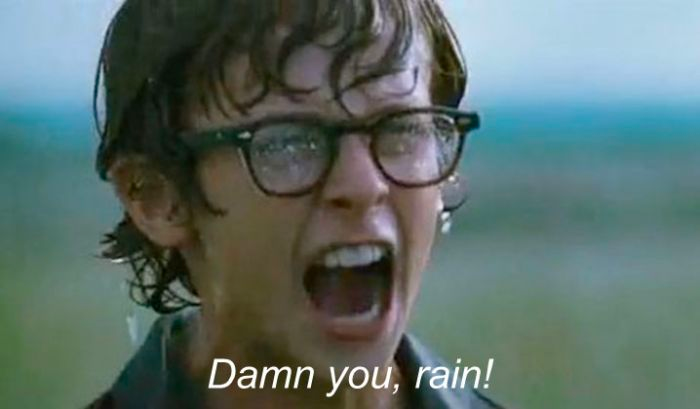 That’s not even counting the hassle of buying and maintaining obnoxiously-priced frames. Mine broke at least once a year.

Even if I ignore all the annoyances—at the assumption that I am overstating them—being totally dependent on glasses just sucked. There were times I didn’t want to wear them while going out, but that was impossible for me.

When I was 28, I decided I should get the surgery. The timing felt correct as my prescription had been stable for a couple of years now.

LASIK felt like a great investment because there was a great chance I won’t have to bother with frames for at least a decade. Ten minute operation to solve a problem for 10+ years is a great ROI. Won’t you say? 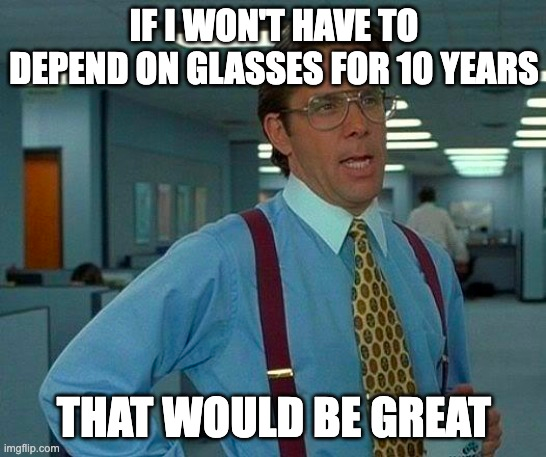 I won’t lie. LASIK sounds plain scary in theory. I mean, a precise laser that will burn matter off your eyes to restore your vision? It sounds like a textbook precursor to “what could go wrong” kind of situation. I don’t think there’s anyone who hasn’t initially wondered, “what if you go blind if something goes wrong?” It scared me, too. But as I researched more, I felt reassured.

The research wasn’t without encountering horror stories, too—perpetual dry eyes, extreme light sensitivity, starbursts, etc. However, if there’s a 98% chance that something will work well, the odds are already stacked against a bad outcome. In my social circle, people who opted for the surgery only had positive things to say about it.

I did realize that I should expect minor side-effects like starbursts and halos, but from what I read, they were little annoyances, never a permanent struggle.

I opted for the best doctor in my city who had great credentials. As it was elective surgery, the kind of vision correction surgery I wanted was up to me. I was explained all the different procedures, and I chose the option my doctor recommended—topoguided FemtoLASIK (also known as CONTOURA Vision).

It was the second most expensive option, next only to IOL Lens Implants (which is recommended for folks for whom LASIK isn’t feasible because their cornea isn’t thick enough).

The basic difference in various procedures seems to be in the modernity of the equipment and the human hand involved (for eg, in the more expensive FemtoLASIK procedure, the flap is created by the laser, while in the more basic procedures, the surgeon does that).

The decision wasn’t very hard as I felt I should opt for the best procedure available even if it costs more.

I underwent a few tests, made the final call to opt for the procedure I elected, and paid my fees in advance. There was no going back now.

It felt like a life-changing decision. I was nervous, I was anxious. But I knew decisions like that had made my life better in the past. There was no reason why it won’t do now.

I waited for my turn. Ten minutes before the operation, I was scared as hell—white with fear. Questions were racing through my mind: “What if I move? What if I blink?” But I assured myself that I was in good hands.

I went in the operation theater. The surgeon was polite and did a good job at comforting me. In less than ten minutes, I was done. There were a few hiccups during the procedure as I wasn’t keeping my head straight, but nothing major. It was over quickly.

Immediately after the operation, the light sensitivity made opening my eyes deeply uncomfortable and as the anesthesia started to wear off, I started to feel a burning sensation in the eyes.

When I reached home, the pain was still there and so was the sensitivity. I wondered if it was worth it. I had expected to be joyful after the procedure, but at that moment, I was feeling the exact opposite.

Anyhow, I avoided screentime, followed round-the-clock eye drop routine, and waited for my eyes to rest and recover.

The pain had subsided. My post-op checkup confirmed that my vision was already 20/20 and it will get even better from there.

I was able to see without my glasses. The clarity felt unreal. It was as if someone had turned on 4K.

But, but, but…. the anxiety. I really wish someone had prepared me for what you feel post-operation. Even if your vision is fine, there is a nagging feeling that something is wrong. Additionally, you’re also dealing with side effects that aggravate your anxiety. For eg, I was feeling a strange sensation in my eyes which drove me crazy. But then I realized it was a known side effect—a product of dry eyes and cornea healing.

What I wish I had been told: After the operation, you’ll feel this was all a mistake. Your vision might improve one day, and go worse on the other. You might wonder if you’ve taken the wrong deal. The fact is it takes around a month for vision to stabilize, and up to six months for all the side effects to go fully subside. Don’t worry, it does get better. Just give it time.

I researched nearly every day about post-surgery symptoms, read about people’s opinions furiously to see if anything happening was out of the ordinary. There wasn’t anything really, but anxiety is one stubborn bastard.

My vision felt fantastic. I was still dealing with a few side-effects (starbursts and halos), but they bothered me very little and only in special situations (bright lights in a dark environment). I still hadn’t gotten used to not having glasses as I was still pushing something up my nose, only to realize that the glasses weren’t there.

I had passed all of my post-op checkups with flying colors.

My anxiety had lessened and I was realizing that being able to see without glasses is all that matters.

I was still following eye-drop routine, although the dry eye didn’t feel to be a problem anymore.

I have forgotten I ever wore glasses. Starbursts and halos are almost negligible. I won’t say they have totally disappeared but on the scale of how much they bother, I would it’s 0.1 out of 10.

I am extremely satisfied with the outcome as I don’t have to worry about glasses for a very long time. I realize why people are polled months after the procedure. That’s how long it takes for most of side effects to subside and to fully appreciate the eyeframe-free life. I imagine other folks do it much sooner, but you shouldn’t compare your progress with others. Let your eyes and mind recover at their own pace.

Should you get LASIK? If you need to wear glasses almost all the time and are still young (20s-early 30s), my answer would be a resounding YES. It’s a quick and non-invasive procedure that provides tremendous value.

If your prescription is high enough to need glasses but not all the time, do weigh pros vs cons. There are some side effects, and although minor, you might think it wasn’t worth it.

The procedure is pretty safe for sure with a high success and satisfaction rate. There’s plenty of fear and paranoia around it, which is just unwarranted.

Once you’ve made the decision, choose a doctor in your city with an extensive track record. Follow the post-op routine down to the tee and let your eyes heal. There’s a great chance the only regret you’ll have would be not doing it sooner!