Get In Touch
esc

I love exploring and visualizing data. Here are few of the visualizations I have built over the years.

Historical market cap data was a little hard to find, but fortunately Wolfram Alpha had it. The animation was voted to the top on /r/dataisbeautiful with 24K Upvotes, and has since been shared multiple times on LinkedIn and Twitter.

2. How Men and Women Compliment Each Other

Based on a research paper, I tried to visualize differences between how men and women compliment each other. It got 16.9K Upvotes on /r/dataisbeautiful. 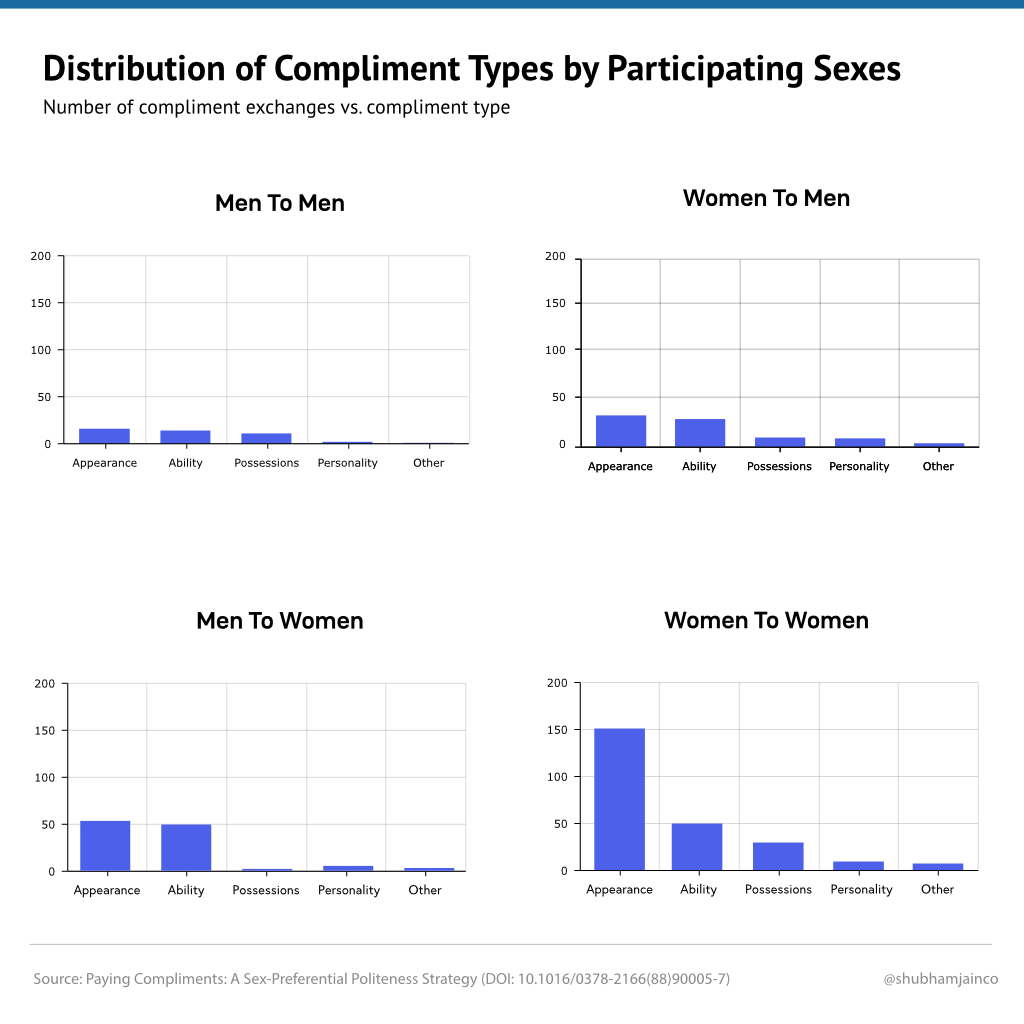 3. In What Language are the Most Popular Github Projects Written (2019) 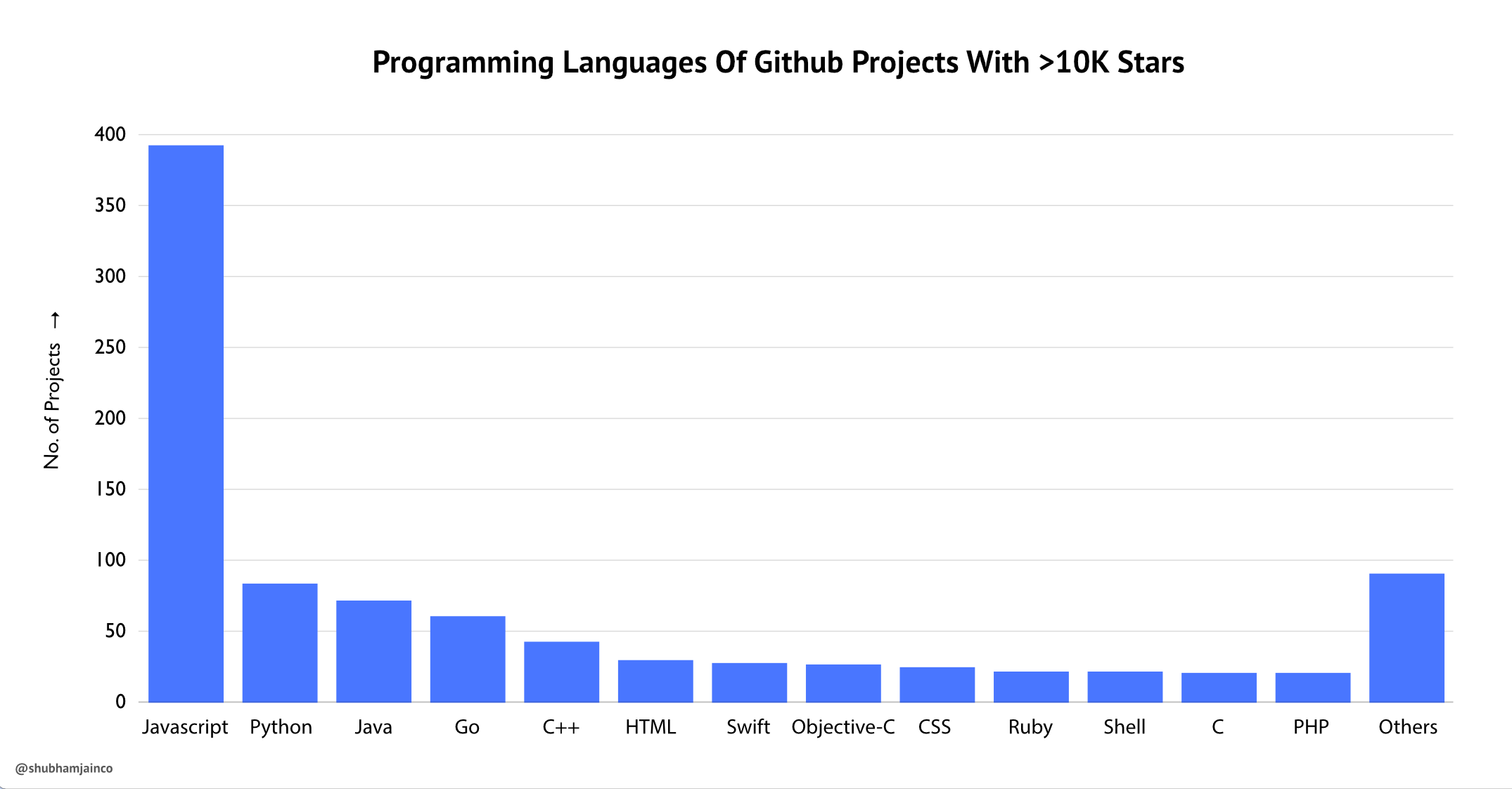 4. Number of Handsets Launched by Nokia vs Year

Before the iPhone, the number of handsets that existed were insane. Perhaps companies, like Nokia, believed that handsets are fashion statements and need to be personalized to specific tastes. At peak, Nokia launched 46 models in a SINGLE YEAR. Apple has launched around 32 models in fifteen years of existence 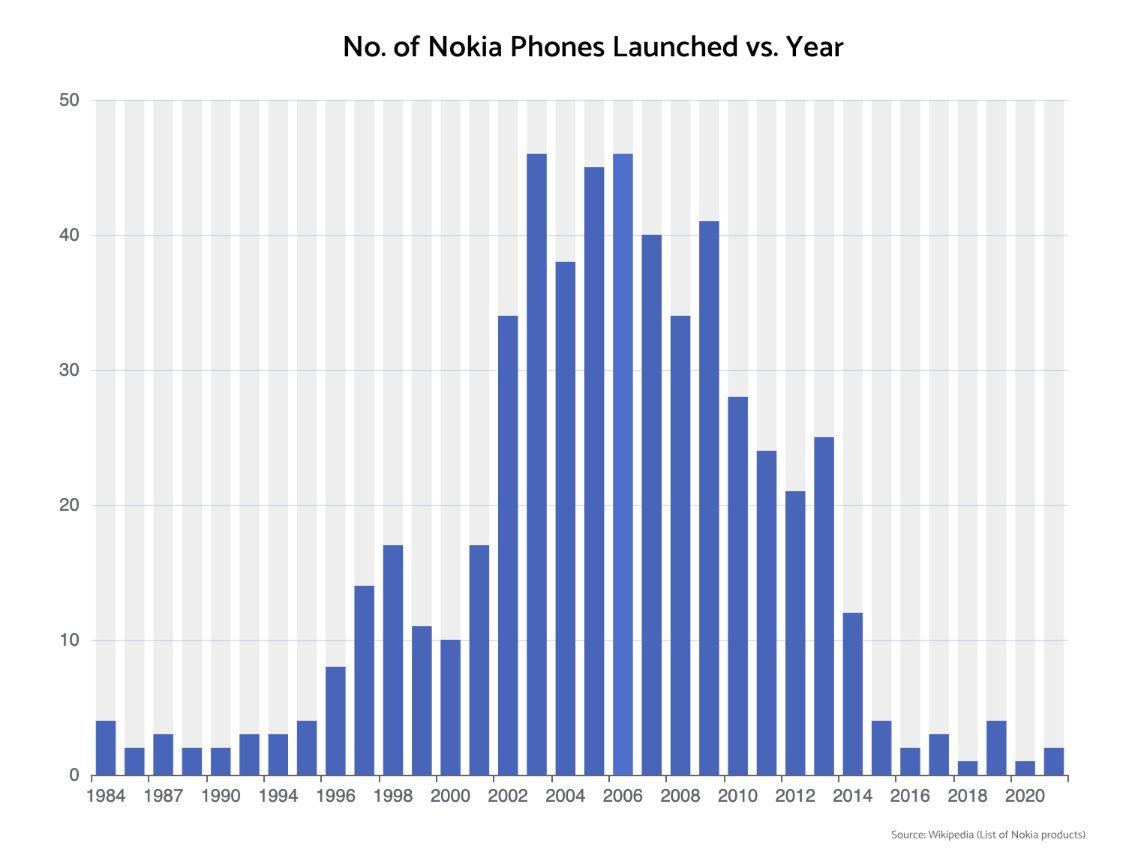